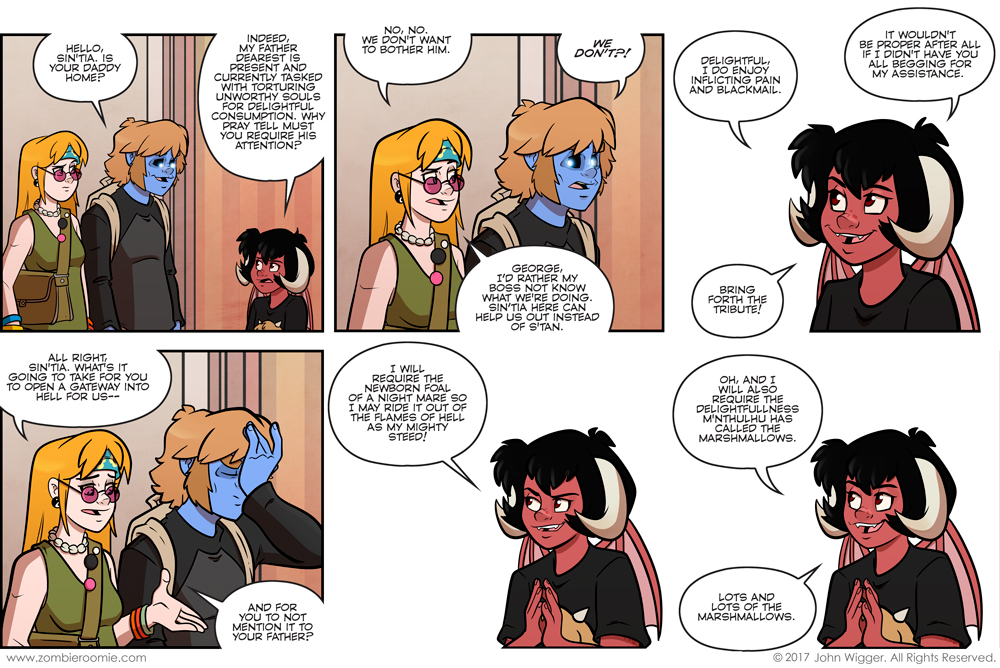 Bending over backwards - part 19
Posted June 19, 2017 at 8:01 pm
I have to assume there's something that's screwed up with the server from when I changed the time to Eastern from Central that is making the comics fail to publish at midnight. I might see if going back fixes it since I tend to sleep until like 9:30 or later in the mornings and don't realize the comic didn't publish if I'm sawing logs. We're finally cooling off a bit up in Montreal. We don't have air conditioning in the condo here so when it gets hot... it stays hot. Luckily the temperature is dropping a little this week because this strip took me so, so long to draw for as simple as it is because of the heat and the extra heat from my MobileStudio. I just so not prepared for it. We do have several fans and I keep one pointed directly at me plus several that move the air around the entire space... I might think about buying another small, desk fan for blowing directly on me and the tablet.