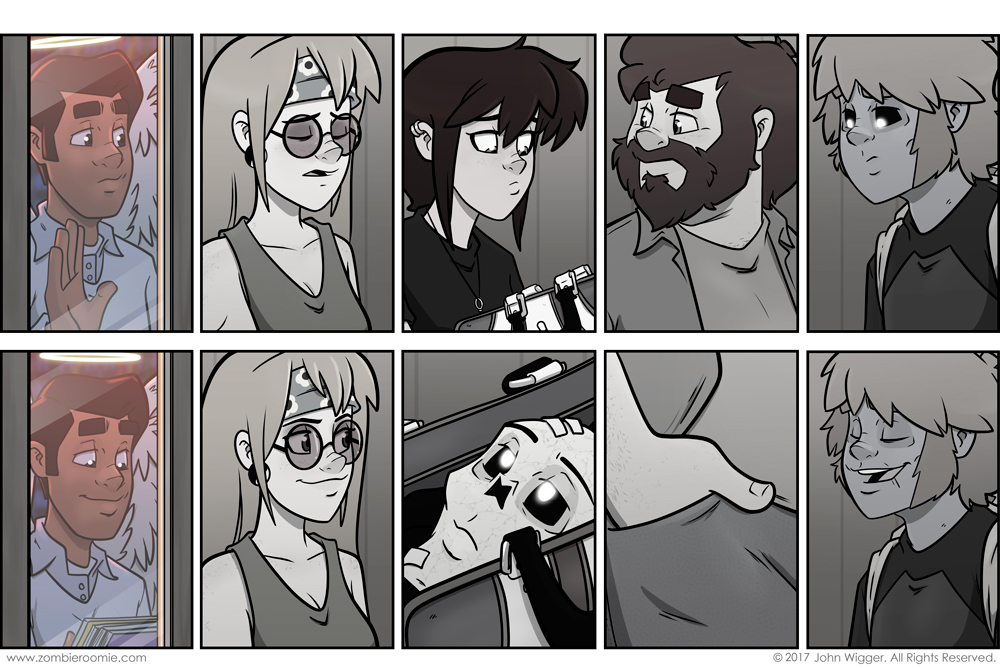 Bending over backwards - part 42
Posted September 13, 2017 at 8:01 pm
I'm pretty sure I've never done a ten panel strip before. I'd have to go back and check, but I can't recall any that would have been ten for any reason. Initially I was thinking of just doing five that were really tall and skinny, but I wanted the two moments in time for everyone but Lyn... hers would have still been her looking into the bag with Glenn looking up, we just wouldn't have seen Glenn's face most likely. So I figured ten panels would be appropriate. We also see the data center isn't affected by the low saturation that processing is and that the team has moved into the same realm that John has been in for a while. I dig a lot of the character art in this. Jack's first panel is pretty snazzy if I say so myself.