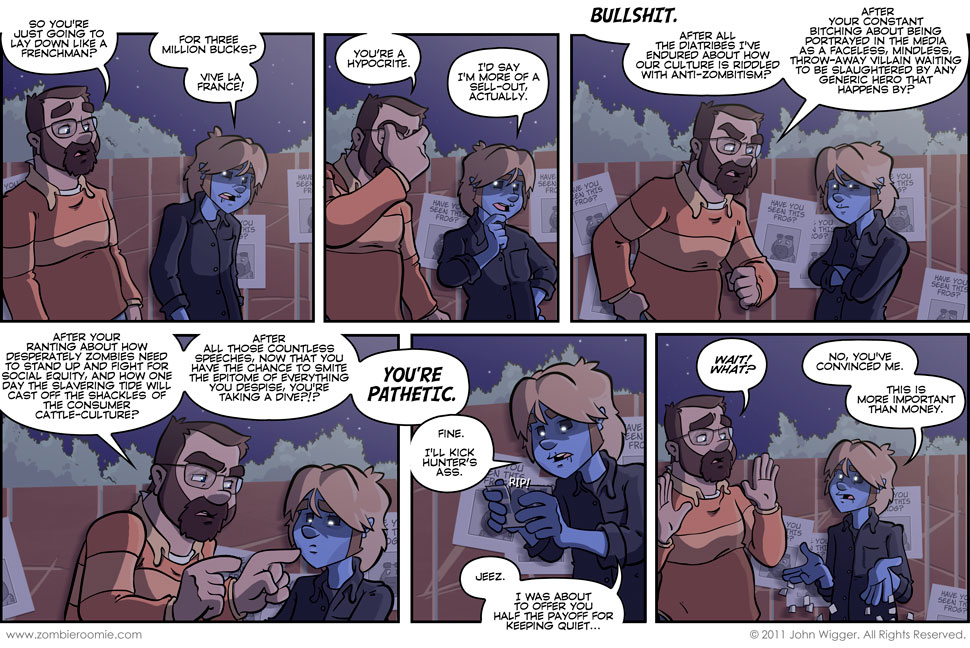 Cabaret Conundrum - epilogue
Posted September 22, 2011 at 11:01 pm
Much to the relief of several of the commenters on Wednesday's strip, it would appear that he's not going to take the television network's payoff. I'm a giant dork when it comes to continuity things so having the fence in the background requires me to add the "z's" and the "Have you seen this frog?" posters. I mentioned that Bill still had one strip's script left to be published and that was the basis for this strip. He had written it to follow up the Season Pass deletion strip, but I felt it was better suited to come after the strip club arc so that's when I did it. The current plan is to have at least one one-off next week before I start the next bit of story arc stuff. I'll see where I get to in coming up with stuff to have the guys do for you...
Tags: George, John