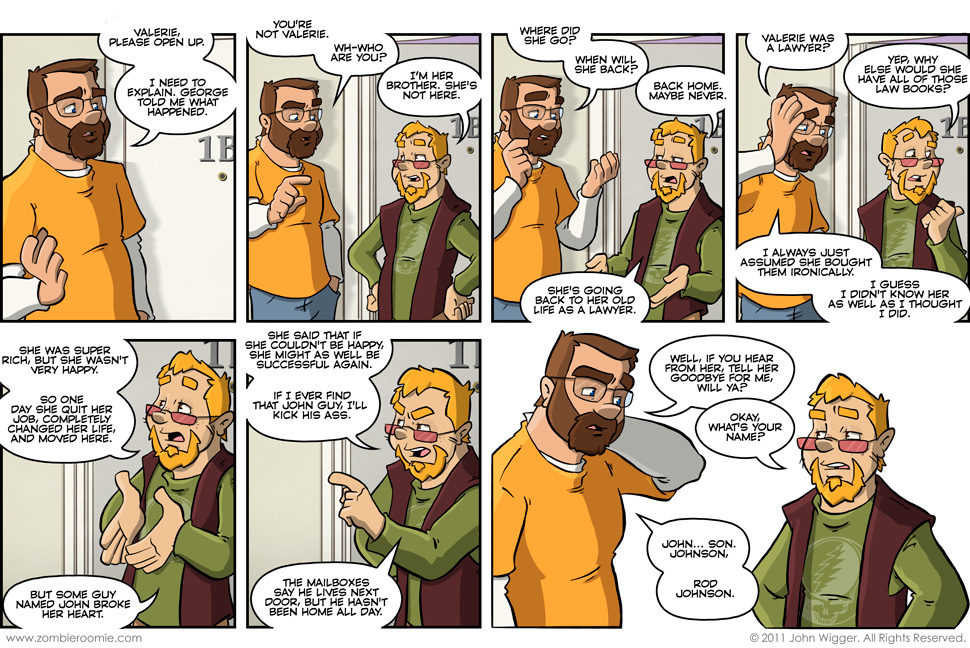 Goodbye Valerie Greene
Posted July 3, 2011 at 8:01 pm
Happy fireworks! Yep, Valerie is gone. She left after seeing John with another girl. There's a bunch of stuff in this comic that I've been wanting to let folks in on. Valerie's past as a high powered attorney, her brother who we'll eventually see more of, and her last name of "Greene". Speaking of last names, I finally decided to let everyone in on the character's surnames. I wasn't really sure I needed to have all the characters with a full name... sure Vlad and Francis have always had theirs known, but they were needed for some gags. Everyone else it wasn't a priority. I've started planning a story arc for the second anniversary of the comic, end of October, and in that it was important that I let folks know a few last names... so I figure I'll slowly let it slip in various ways what each of the main characters names are... As long as they've been in more than a couple comics, I've got full names for them. It's kinda funny that I let you guys know Valerie's last name when she's exited the comic. Timing is weird that way.
Tags: John, Charlie