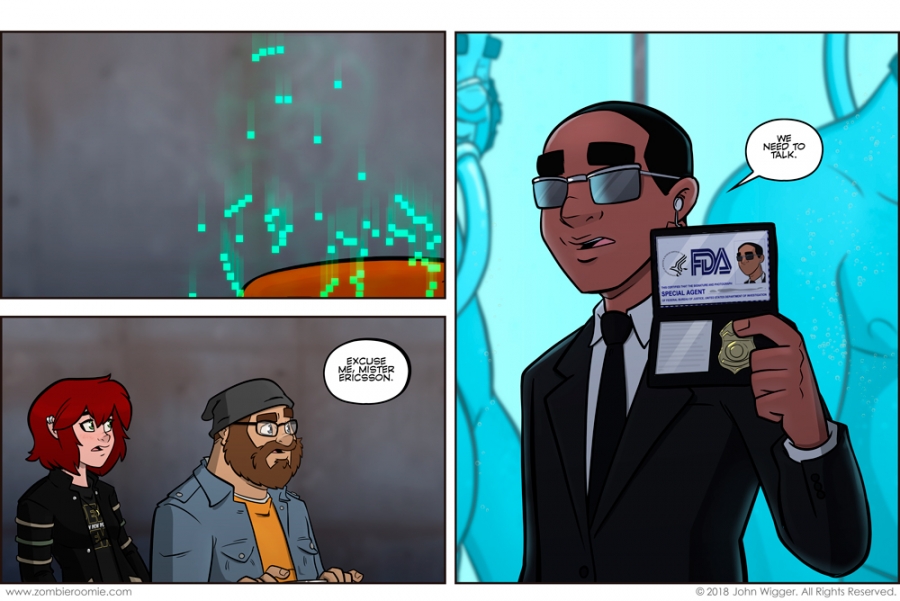 Origin - end end of track 1
Posted March 29, 2018 at 3:40 pm
I'm sure there will be the extra strips that have a button on them for the arc like I normally do, but I wanted to end this arc on a sort of cliffhanger.

This guy was seen early in the arc telling John and George they were free to go. What his deal is will be seen later.

I've been noticing I'm pretty happy with Lyn's current look. She's pretty cute right now. I do want to rework John though... mainly he is probably due for a trim on his beard.

Hell, I'm due for a beard trim in real life.
Tags: John, Lyn