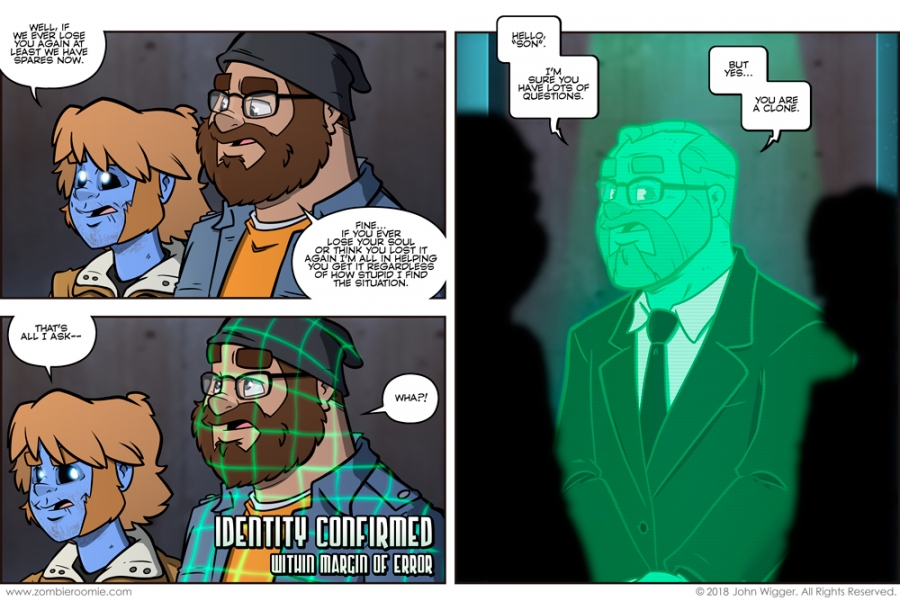 Holographic Otis was interesting to design. I have John's character design plus younger Otis.. so I had to age him up to where he'd be at the time that he'd have been stored electronically. Then I had to figure out how I wanted to do the holographic projection-- i.e.: it had to be futuristic but still old school since it was created at least thirty years ago in the comic. So I went and looked at special effects in Star Wars and other 80's flicks.

I'm all out of sorts on what days are what so I thought yesterday was Tuesday. I'm not sure what's going on with that, but my sleep schedule is probably at fault so I'm working toward fixing that.
Tags: George, John