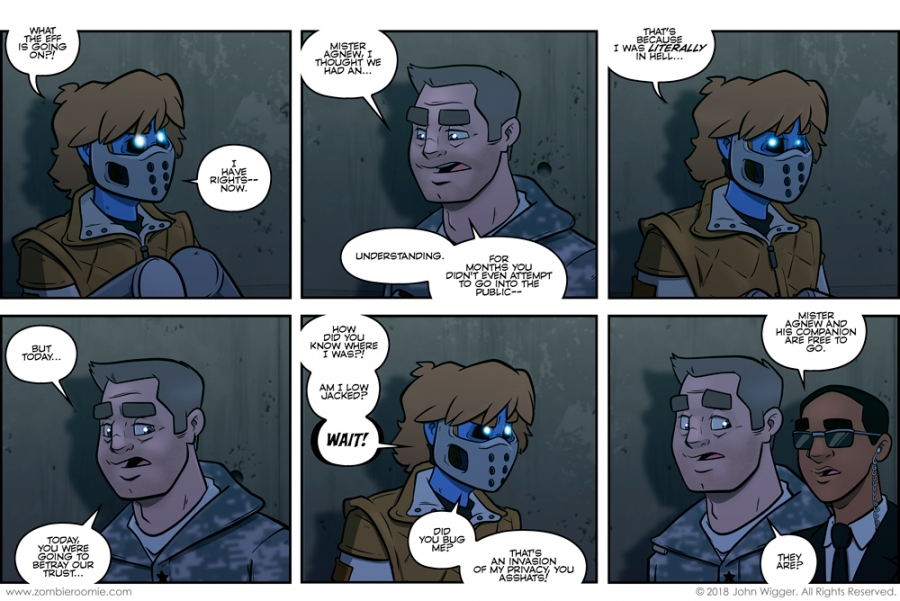 Hiveworks gave me a new, hosted site and it uses their proprietary content management system, ComicControl. The site is a lot faster due to the change.

I wanted to retain the look of the website as I liked what I created the last time I redid it myself but with the change we get a lot of new features that I'm planning on taking advantage of... including, finally, character tagging.

Character tagging will allow me to have every strip that a character is in linked so if you come to a strip and you're like, "Who is this fellow again?" You'll be able to click their character tag and it'll bring up every appearance of them in the comic so far. I only have up until 2012 done so far in the archive, since I have to manually edit every strip... but when it's done it'll be a useful tool.

Along with that feature I'm planning on creating a series of pages for the cast that includes a short bio for them and their tagged strips. That will come later as I have to finish tagging the strips and the work I still have to do outside of stuff for the website.

The only drawback to the new site is strips that were previously "liked" for Facebook lost those likes... So if you are so inclined, please go back through the archive and click Like a few times for me.
Tags: George, General Michaels