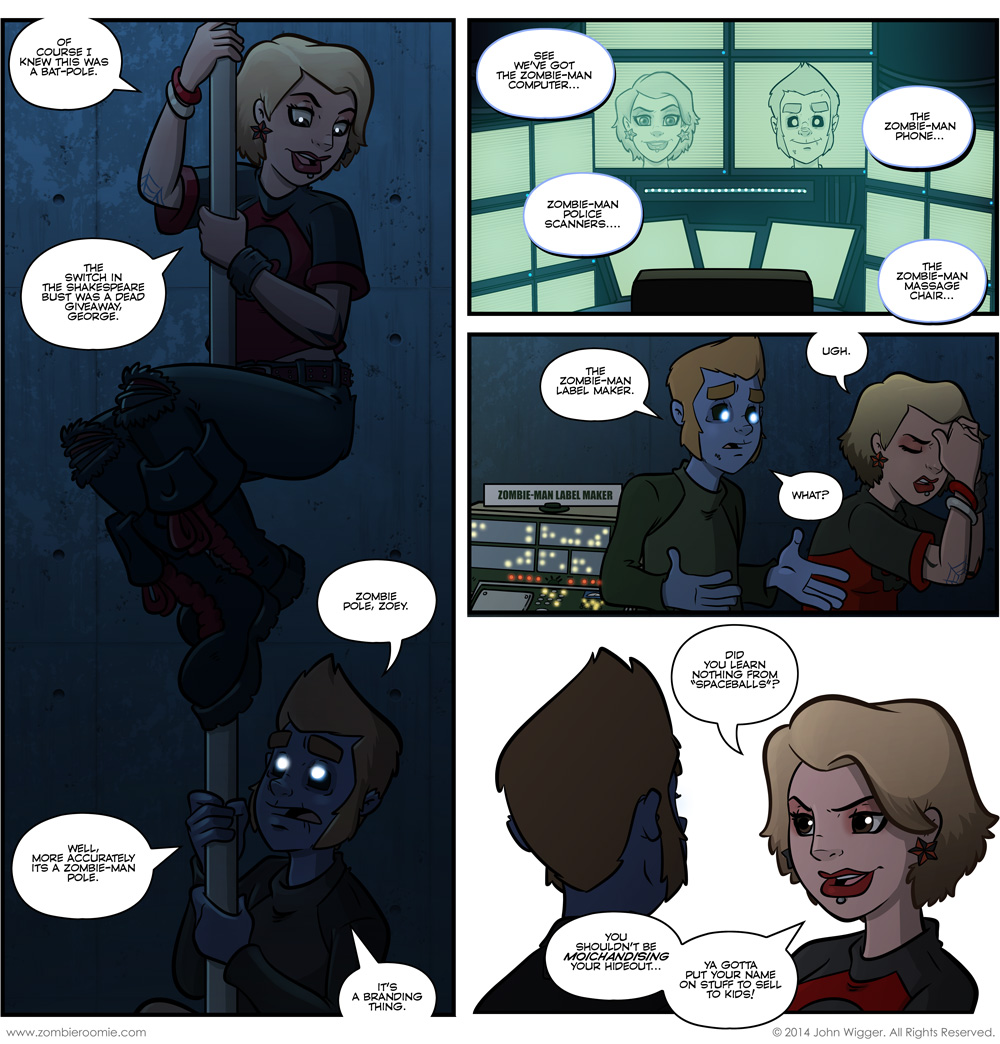 The Caped Cadaver Rises - part 2
Posted February 4, 2014 at 7:01 pm
I'm really digging the new presentation format and how it's allowing me to do the full body shot of Zoey in panel one and have the art still nice and big! I always thought Batman naming his stuff bat-this and bat-that didn't make much sense... So we get today's comic. In the current Batman stuff with Batman Inc., where he was basically setting up franchises around the world-- maybe if he was giving everyone all his bat-gadgets I could buy it from a marketing stand point. But that's like forty years after the fact for the television show. Folks made mention of the fact that there was only one pole on Monday. That's on purpose as Zombie-man doesn't have a sidekick-- yet.