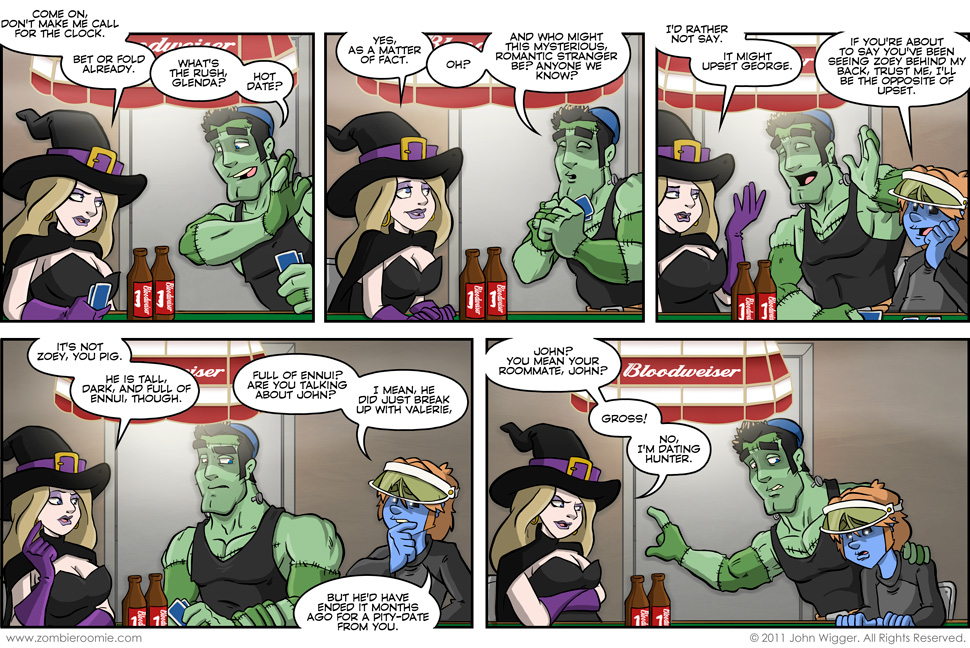 Coupling: More television than reality - part 8
Posted August 23, 2011 at 8:11 pm
Just when you thought you knew everything about the Hunter versus George story, Glenda throws you for a loop. It's been a while since we've last seen her. When we did last see her it was George trying to get her to break up John and Valerie. Now, John is single and Glenda is dating George's current foe. I'll be back Friday with the follow-up, but I'm thinking next week is going to be mostly guest strips. I've already gotten one and I've been told about a couple more... hopefully they're able to get them done over the weekend.
Tags: Francis, George, Glenda