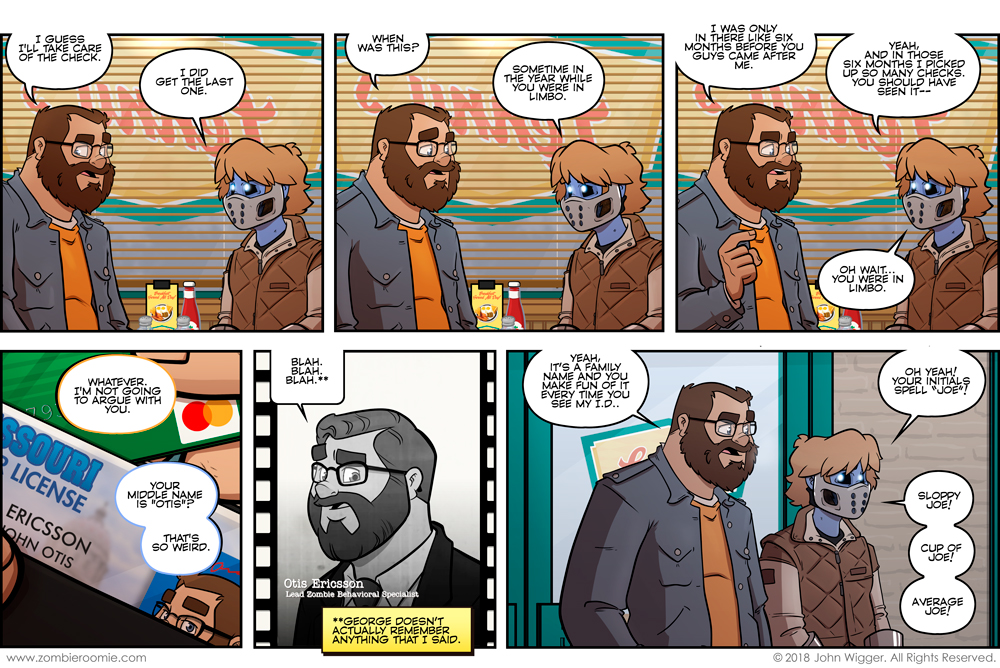 Origin - part 1
Posted January 30, 2018 at 7:01 pm
I figured we were at a good break point for the Blaine interlude. We'll eventually get back to them when it's time for that story to play out... but in the meantime I wanted to play with some of the threads that were still loose. It's world building time! I've had this arc loosely planned for awhile and I put a lot of work into it last month while I was at lunch during court. I'm behind a day due to travel and things are taking longer to do as I'm back on an Intuos drawing tablet for the first time in almost six years. I have been drawing on a Cintiq for so long that it's a little weird going back to where I don't look at my hand while drawing so it's about a third longer than it should take to draw, but I'm trying something out to help my back and neck as I had noticed my posture while drawing on the Cintiq wasn't great.