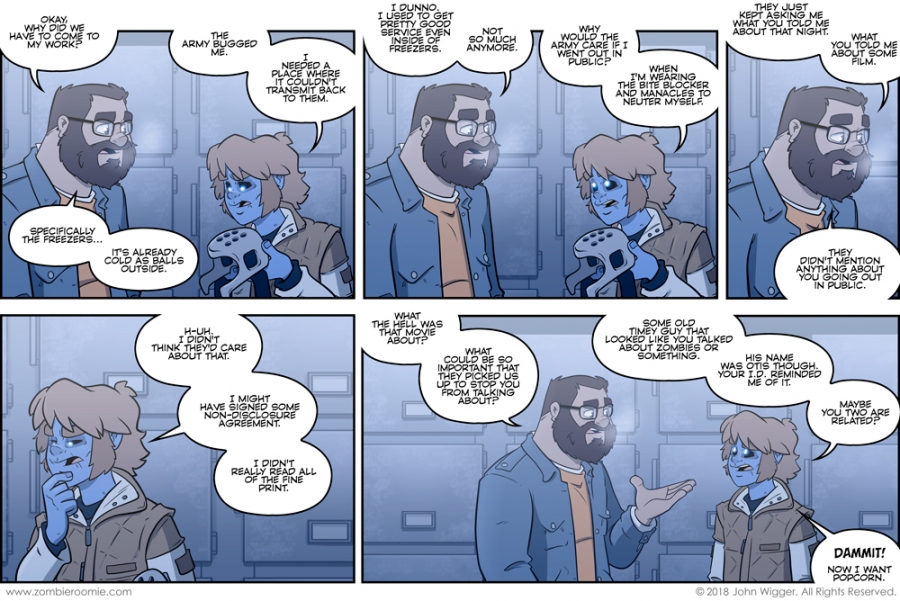 As you are aware I took last week off.

It did me a lot of good as I was able to decompress and it allowed me time to work on designs and really think about my second comic that I've been planning on doing for a long while... it's been four years that I've been toying with ideas for it off and on.

I think having that second comic going forward will be a boon to me as it's still something creative but it's not ZR so I'll be able to flex other muscles and scratch different itches when I need to.

I'm not ready to give you guys a URL as I'm still months away from putting anything on the internet for the general public, but I'm sure Patreon patrons will end up getting more behind the scenes stuff about it.
Tags: John, George