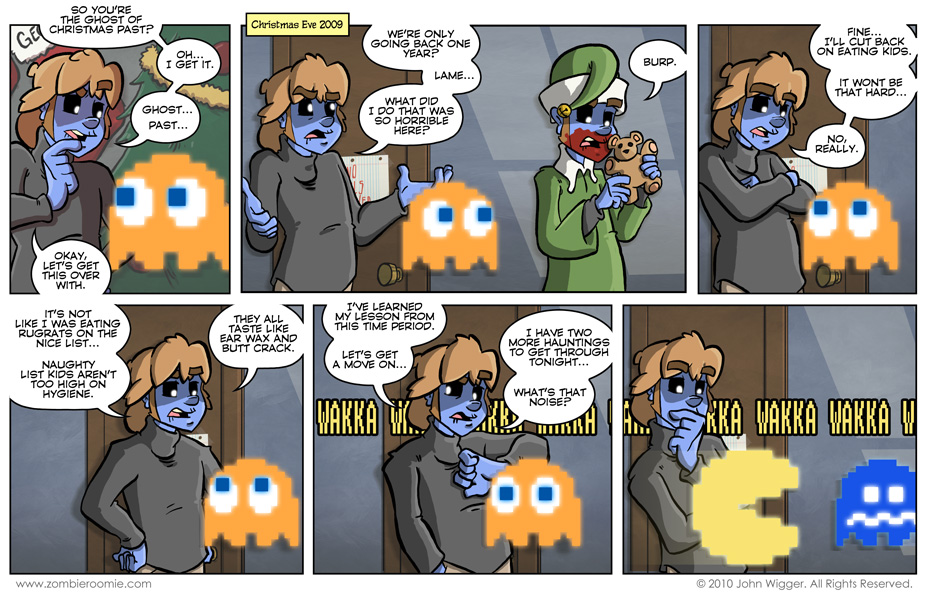 Scrooged - part 2
Posted December 16, 2010 at 7:01 pm
Today's strip goes back to last year's comic "Slay Bells"... quite literally as current George is in the same panel as George from a year ago. When trying to think of whom the ghosts would be I had the idea of using one of the ghosts from Pacman... I decided to go with Clyde. Who doesn't like Clyde? That idea spurred on this comic. Weird little fact: The teddy bear George has in his hands is also seen in "The 4th Wall" and "A Zombie's Survival Guide: Outbreak". So yeah, not only did George eat kids on the naughty list last year... he also took their toys.
Tags: George