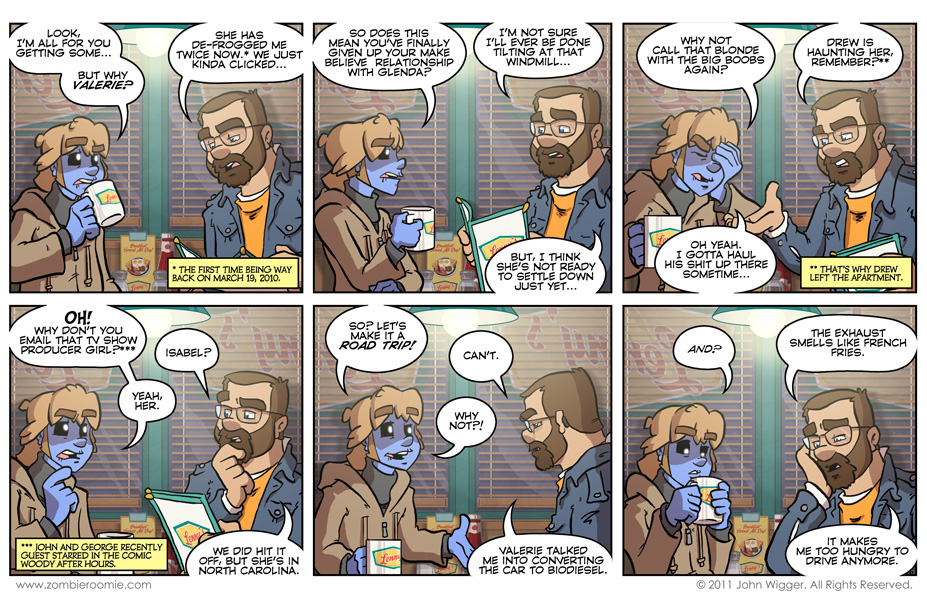 To all the girls he's loved before...
Posted January 18, 2011 at 7:01 pm
The restaurant the guys are in is supposed to be the same one as they were in for the wrap up of 2009's Christmas story, "Hold yourself together". I just have gotten a lot better at doing backgrounds and just general cartooning since then. Speaking of backgrounds, this Lenny's restaurant might be my favorite background I've ever done for Zombie Roomie... It just works. Here are the links to what the editorial boxes refer to: Panel 1: "The first time being way back on March 19, 2010. Panel 3: That's why Drew left the apartment. Panel 4: John and George recently guest starred in the comic Woody After Hours.
Tags: George, John