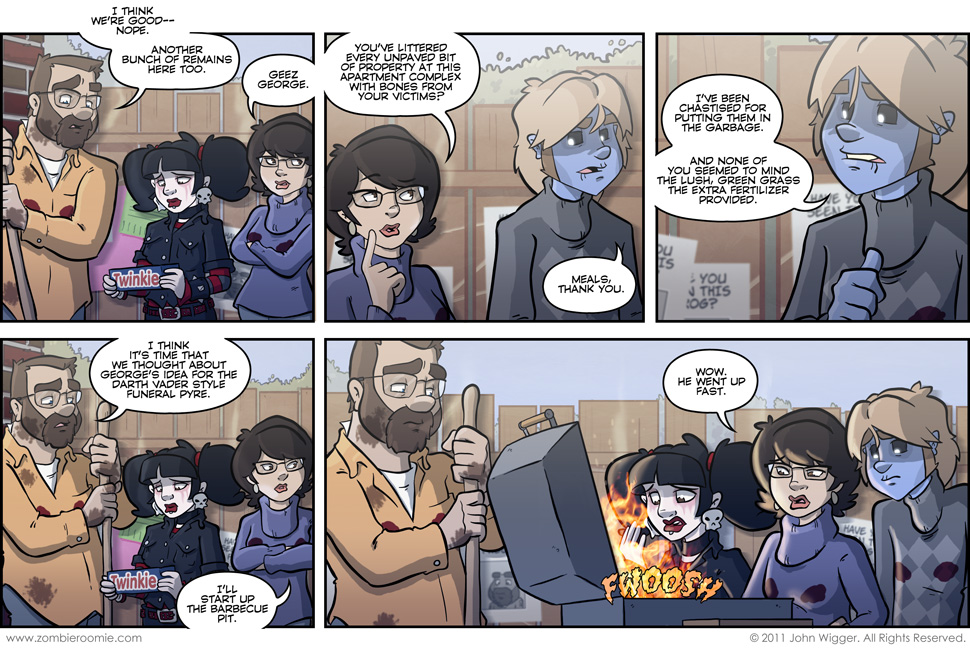 A Death in the Family - part 5
Posted November 15, 2011 at 7:01 pm
The chastising George is speaking of in panel 3 is a reference to this old comic where Sean has issues with mummy disposal. Of course George would be the one to suggest burning of the hamster to replicate the end of "Jedi". I wasn't sure if he'd have said Vader or Anakin since he was redeemed at the time or not... but I'm a super dork too. This is also the least eye makeup I've shown on actual Zoey in a comic to date. I did show a character based on her looks in a Sundown strip. But, that wasn't really Zoey...
Tags: John, George, Zoey, Lizzy