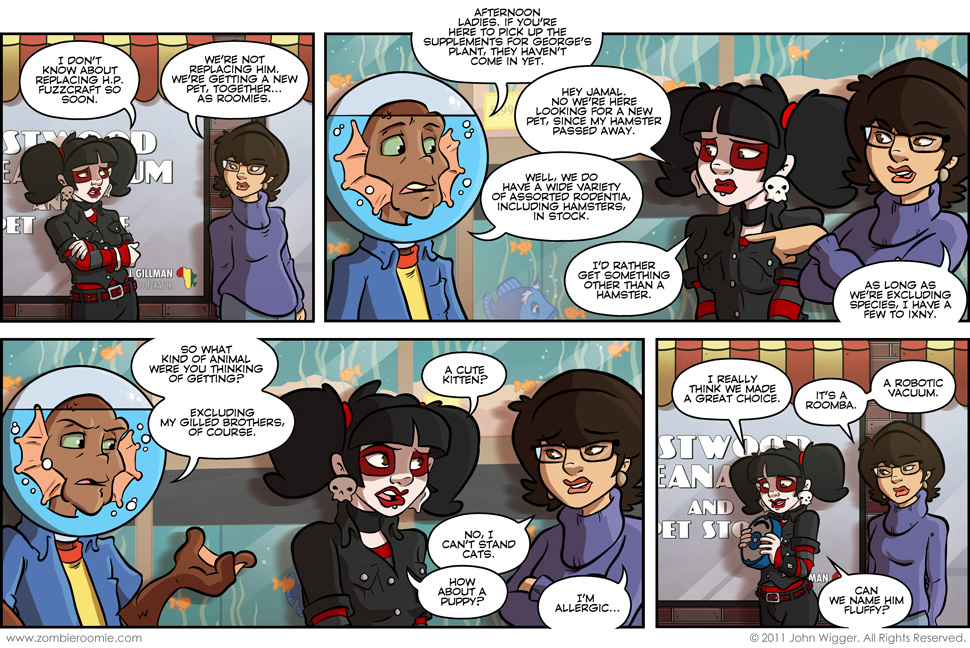 A Death in the Family - Epilogue
Posted November 17, 2011 at 7:01 pm
The fact that the girls ended up with a Roomba was the idea that started this arc going in my head. I thought it was a quirky idea that they'd end up with a non-standard pet... Jamal's pet store was a natural location for this and I put in some extra effort on the exterior for the backgrounds. I like having these locations that I can go back to again as it gives the world character and it'll save me some time later if I ever need to use it again. For those of you who have been keeping up with the John and Isabel situation/crossover between Zombie Roomie and Woody After Hours, today's WAH has the next installment in their "romance". -- Just like most of the comics out there, here's where I pester you about this thingy... Nominations are currently open for Washington Post’s Best Webcomics of 2011: Please consider nominating Zombie Roomie... I'll be your best friend*. *In all likelihood we wont be BFFS or anything. We might just share an awkward evening watching TV**. **I can't even guarantee this.
Tags: Zoey, Lizzy, Jamal, Fluffy