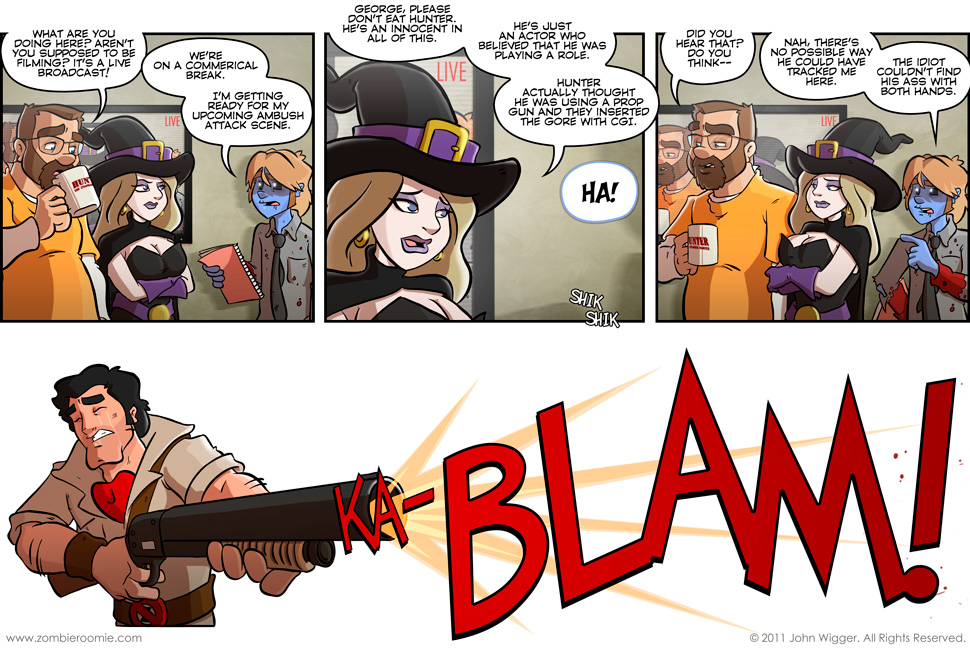 George goes Hollywood - part 6
Posted October 13, 2011 at 8:01 pm
Oooh, cliffhanger for the weekend~! I've been wanting to get to the actual fight portion of this arc for a bit, but it took a while to get things lined up to where it could happen. Monday we'll see how bad the situation is and move on from there. I've figured out that this arc should end on 10-26 which just so happens to be the second anniversary of Zombie Roomie. It'll be a neat way to put on an end on the year. It's pretty funny when I look at George in the dress shirt and tie with the moppy hairdo he's got... it's very, very similar to the first drawing I did of a zombie that would eventually become the character of George for Zombie Roomie. I'm glad he doesn't always wear the shirt and tie though... It'd be a pain to always be drawing it. Glenda in panel three of today's strip may be my favorite drawing of her to date.
Tags: John, Glenda, George, Hunter