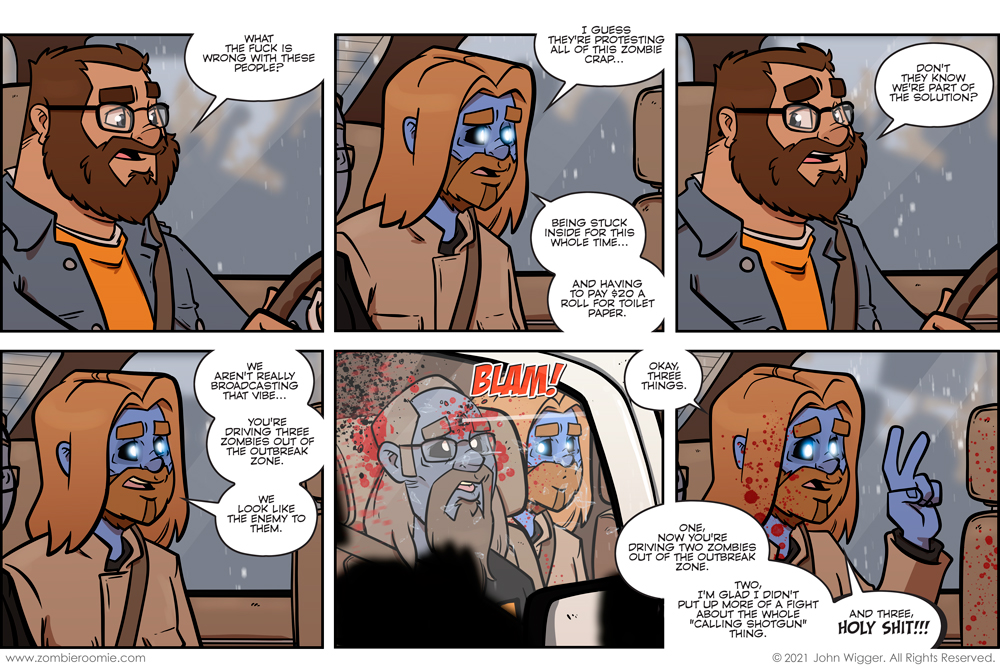 But I'm rebooting it.

I've not been happy with a lot of the baggage the last decade has put on the comic, so rebooting it to get back to a cleaner version where I can go forward for the next decade makes the most sense to me.

Not being happy with the comic on top of the lockdown depression and whatnot lead me to not post comics for awhile because nothing was sparking joy for me in the creative process.

When I made the decision to reboot the comic I had to retool the arc that was in progress as the previously outlined ending wasn't going to be a good way to end the current timeline... so it took me awhile to figure that out and I wrote the last 18 strips as a way to progress us into the new timeline.

The new, rebooted version excites me. In addition, I'm going to be writing several weeks/months ahead and I'll take some planned breaks that will be made clear when they're coming so I'm not burnt out and taking months off like I did.

Plus, I still have a second comic that I'm going to be working into my schedule. More on that when Hiveworks gets me the site and I'm able to start populating it with information/etc.. But Patreon has a lot of the character designs and stuff on it.