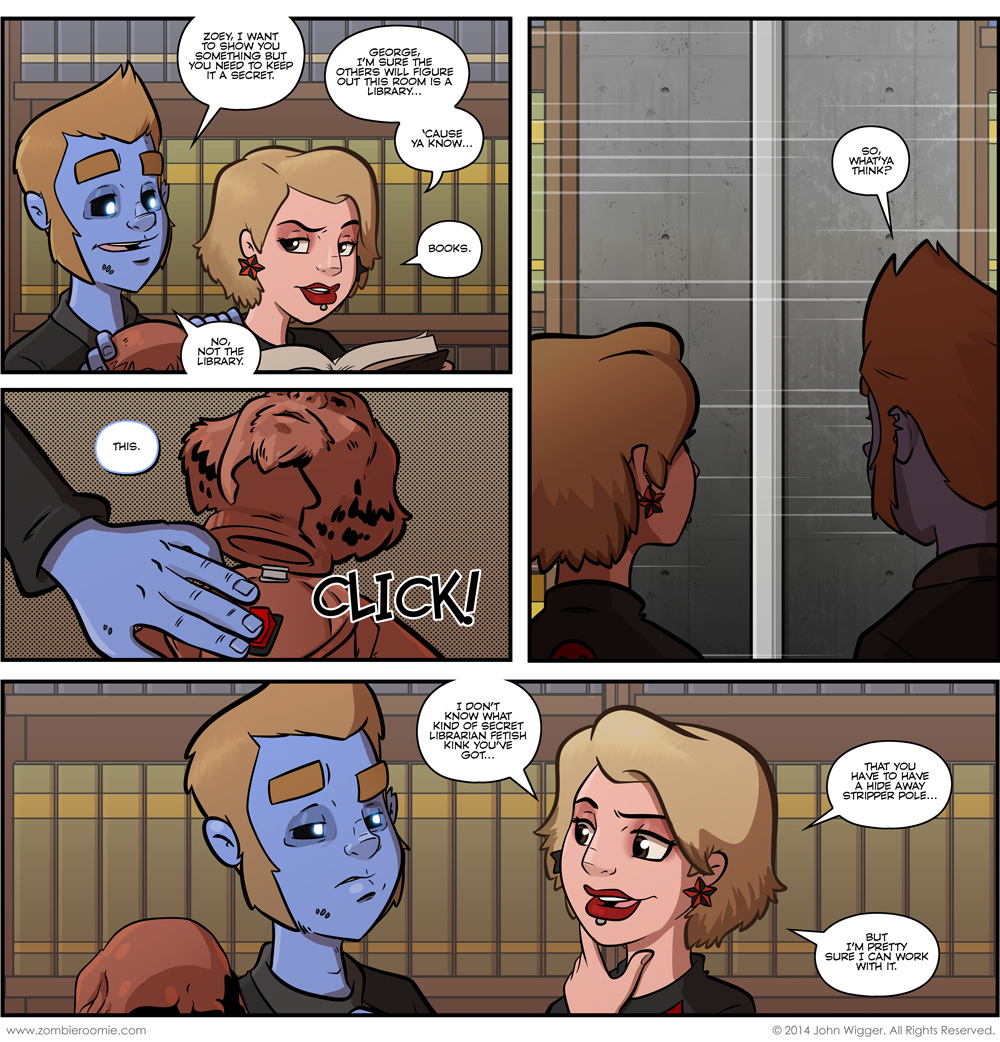 The Caped Cadaver Rises - part 1
Posted February 2, 2014 at 7:01 pm
So those of you with eyes probably noticed that the comic for today looks a "little" different... a little more like a comic book page instead of a comic strip. I know it's not the actual comic book sized format, I'm still looking at keeping my eventual books more square-like... so I have to make some concessions to format. I mentioned a while ago that I was wanting to make the panels larger, since I liked the look of the preview art posted to Facebook, Twitter, and now RSS. The single comic panels in the previews were over half the size as the whole comic strip and I liked seeing the art that big. I wanted to see what I could do with format that would allow for larger art. Doing a four panel with a two row/two column square was one thought, but I decided that if I was going to break up the standard three panel strip that I've defaulted ZR to... I should really break it up. So while the overall shape of the comic will be essentially square, the number and sizes of panels that make it up will be determined by the comic being done that day. If I think a bunch of teeny panels is the best way to do that situation, that's what I'll do. I'm not saying I wont do the traditionally formatted strips from time to time... but I'm wanting to try doing something a little closer to a comic book page for most days.