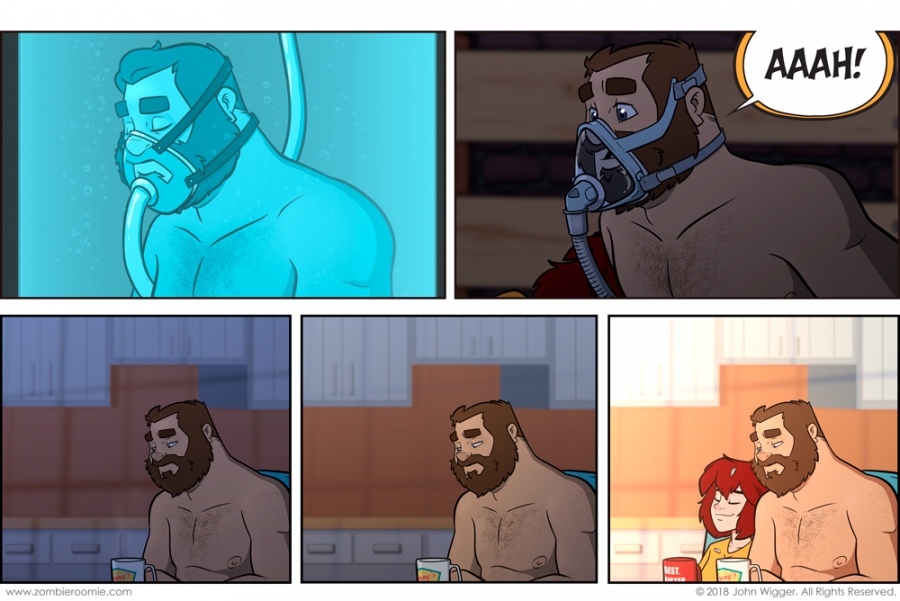 Trouble Sleeping
Posted May 4, 2018 at 12:01 am
I figured the Drew and Harvey bit could use a pause as the next interesting stuff would be moving in and whatnot so that won't be for a day or so for them so we could check back with the clone stuff.

This is why I wanted the style of breathing mask that the clones in tubes have so I could reference it with a CPAP mask on our John. I haven't had John wear one before but he's a big guy so it's not out of the picture for him to need it... we just haven't really seen him wake up in the middle of the night since probably 2009 and he's likely started using it after then-- I did.

I'm trying to decide what the next few strips should be. I could get back to Drew and Harvey, or get back to this clone and the government agent stuff, or even something different. If you have particular leanings let me know... I'll be trying to think on it while I'm working on Patreon stuff today.
Tags: John, Lyn