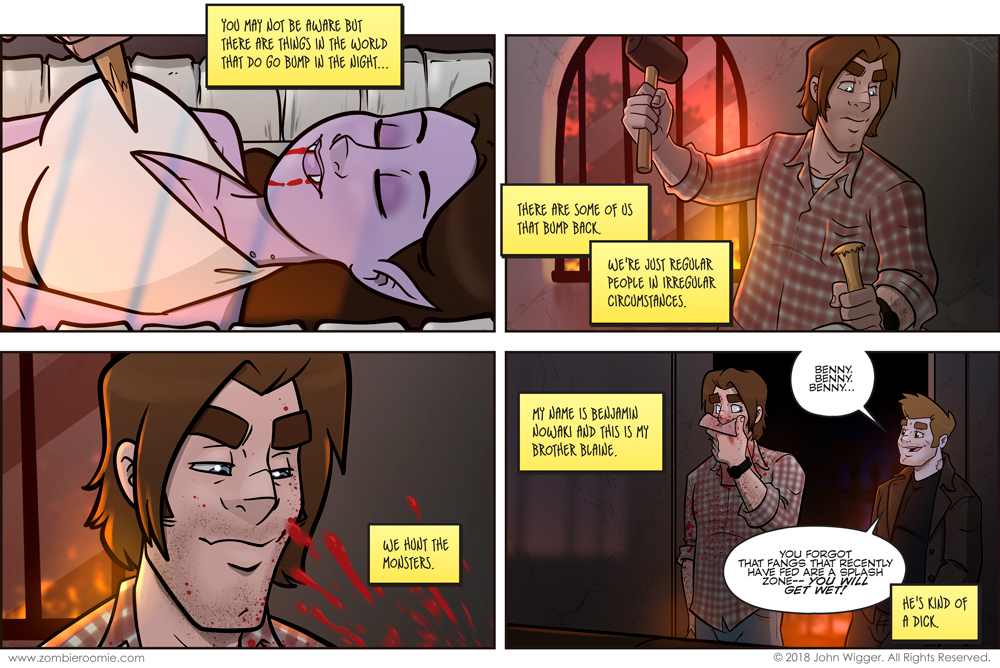 Wayward - part 1
Posted January 15, 2018 at 7:01 pm
With the loss of Glenn, Blaine needed to reach out to family to get some help. Back when I came up with the idea of the character of who became Blaine, I was watching Supernatural and Constantine. I had the idea of a character that was a hunter who could be the hero in their own story but they'd obviously be a villain in the story of Zombie Roomie. I based Blaine on both Dean Winchester and John Constantine's look. As time has gone on, I thought it would be fun to expand Blaine's world a bit and in Supernatural fashion, I've given him a younger brother that he hunts monsters with. He also wears flannel... I still have my Go Fund Me going by the way.