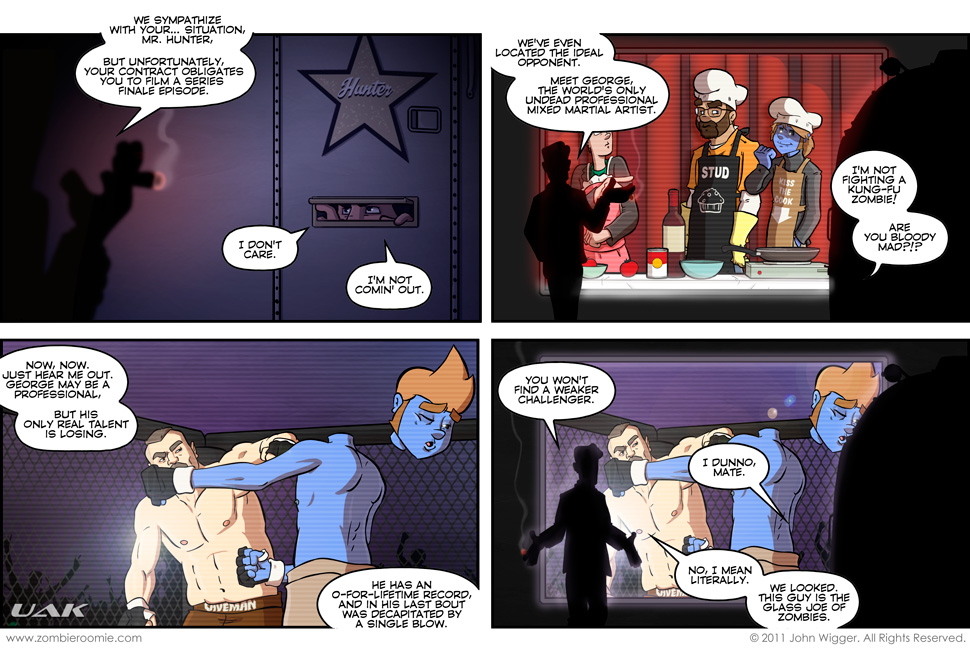 More television than reality - part 4
Posted August 14, 2011 at 10:01 pm
Kinda getting back to John and George, well on TV screens at least. Wednesday is a comic with them "in the flesh" as it were. Today's comic is all about backstory. The footage in panel two is from John and George's appearance on Woody After Hours. In particular the strip "Birds and Bees and Zombies". The MMA fight in question was from really far back in the archives of Zombie Roomie. This is representing George's moment in the spotlight portrayed in the strip "The Thrill of the Fight". Also, for those of you too young to remember... there was a Nintendo game called Mike Tyson's Punch-out! and Glass Joe was a total wuss in said game. The reason for the wide screen look to today's comic is that with as much dialogue as we needed to get everything out and include a joke, it just was too wordy for a normal sized strip. So, I went with the jumbo size strip template and it helps get the characters much bigger in the panel than they would have had to have been too.
Tags: George, Woody After Hours, UAK, S'tan, Hunter